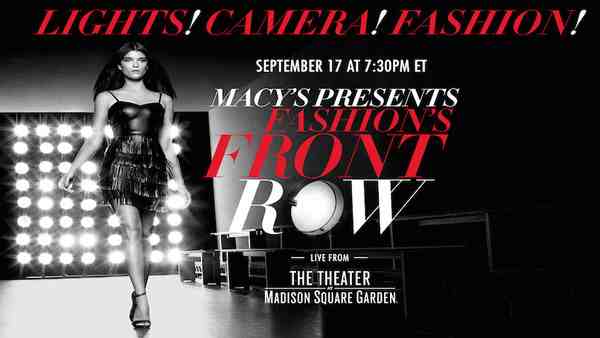 Macy’s decided that this year it will take part in this years New York Fashion Week. Macy’s will host its own event being held at Madison Square Garden And it’s already taking on a life of its own, the annocument was made on Monday August 10th for the “Macy’s Fashion Front Row” on September 17th. Considering that this huge retailer is known for It’s own big events, I do hope that this one catches on and becomes one of Macy’s many annual events.

Macy will show off their celebrity clothing collection from Hedi Klum intimates, and Ryan Seacrest Distinction, Jessica Simpson, Sean John and many more. Proceeds for the event will go to directly to braodway Cares- Equality Fights AIDS and if you are not one of the lucky ones to attend the show, the entire event will be broadcasted on the E network on September 23rd.


Macy’s (knock on wood) has been one retailer that has been able to dodge the bullet as old habits die off. This is one retailer that is actually needed and not just in a simple retail solution, but in New York alone it holds its own traditions with the ThanksGiving Day Parade, the Spring Flower Shows and as of lately they have been dressing their windows so beautifully, like candy for the eyes. Macy’s ‘Fashion Front Row’ will also have performances at the event, but not all details have been released as of yet and the tickets for the event goes on sale on Agust 21st.

The MDB style team and I, will be going to this fashion event let us know if you attend the show and let’s share all the great photo’s!

You can get intouch on: